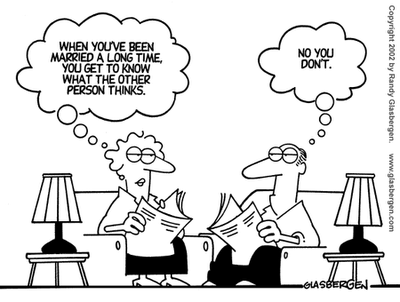 Look on the bright side! Subscribe via my RSS feed.
January 9, 2009 by Karen | 4 Comments
children, holiday, humor, me, my husband
Send your own ElfYourself eCards

I got an email from my MIL, stating Christmas was going to be rather tight this year and she really hopes that I like homemade gifts. She’s a classy lady, that MIL of mine, yes ma’am. Read below to see her note:

It’s somewhat embarrassing to admit, but Christmas is tight this year. I will be making bedroom slippers for you and the girls as gifts. Please let me know your sizes. You’ll most likely agree that it’s a splendid idea, and should you wish to do the same, I’ve included the instructions below.

These slippers are:
* Soft and Hygienic
* Non-slip grip strips on the soles
* Built in deodorant feature keeps feet smelling fresh
* No more bending over to mop up spills
* Disposable and biodegradable
* Environmentally safe
* Three convenient sizes: (1.) Regular, (2.) Light and (3.) Get out the Sand Bags.

I’ve attached a photo of the first pair I made so that you can see the nifty slippers for yourself…. 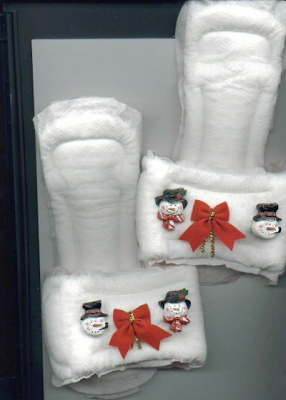 Awaiting your response. It’s crucial that I get the right size for each one of you.

How to make bedroom slippers out of maxi pads:

You need four maxi pads to make a pair.
Two of them get laid out flat, for the foot part.
The other two wrap around the toe area to form the top.
Tape or glue each side of the top pieces to the bottom of the foot part.

Decorate the tops with whatever you desire, silk flowers (this is most aesthetically appealing), etc.

Look on the bright side! Subscribe via my RSS feed.
November 22, 2008 by Karen | 15 Comments
humor, photos
I’m totally thinking of putting the “hello badge” in my sidebar…what do you think? 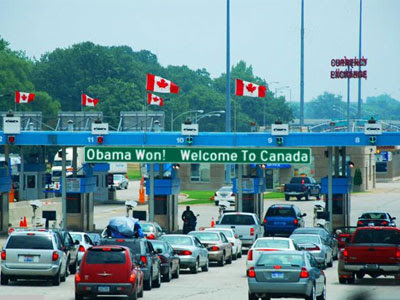 Look on the bright side! Subscribe via my RSS feed.
October 29, 2008 by Karen | 7 Comments
children, humor

My eldest daughter is what is known as a “tweener”, the delicate age that comes right before puberty where you’re too old to play with the little kids and not quite old enough to hang with the teenagers. It’s tough time, I’m sure.

Personally, I don’t remember having issues with those years because I was living on a farm in the middle of Texas and had the horses and cows as my friends – they didn’t care if I wore the most current of fashions or whether I had body odor or not. I’m just sayin’.

Since I am a person who is relationship-oriented, I tend to do a lot of research and reading on anything I think might help me to identify with what she’s going through and possibly give her some tips to help her “fit in” with the kids at our new church.

Of course, I am learning as I go too, because let’s face it – it’s been a lot of years since I was a pre-teen and I’m not exactly known for my stellar memory. Nor am I known for being a “cool” mom, in fact, I’ve been called the “meanest mom in the world” before, but that’s entirely subject to interpretation, as I’m sure you well know.

However, I have learned a few words which I’d like to share with you at this time, so that you too, may enjoy a full and enriching relationship with your tween/teenager (or at least be able to cipher what they’re saying):

tatted out: covered in tattoos

tramp stamp: a tattoo on a woman’s lower back, designed for viewing between low-riding jeans and short t-shirts.

flirtationship: a prolonged flirtation with an acquaintance, not involving physical contact.

bromance: a close, but nonsexual relationship between 2 men.

mash-up: to take elements of existing peices of music, usually of different genres, and combine them into a new song.

floss: to show off your wealth

jump the shark: to have peaked and now be on a downward slide

the bomb: an ultimate favorite

off the chain: the bomb

So how many of these words did you already know? Were any of them new to you?

Look on the bright side! Subscribe via my RSS feed.
October 13, 2008 by Karen | 15 Comments
children, humor

If you are ever visiting my house, you might hear the following song sung no less than eleventy-forty (I stole that from Boomama and Lora Lynn) times by my six year old son, AJ: (click on the arrow to play)

He always ends it with “Autobots…Transform and Roll out!” just like in the original cartoon, because that’s all he knows.

Earlier, I was thinking as I looked over at my bed piled with three loads of unfolded laundry that I could use some bots of my own. I’d call them “Laundro-Bots” and then I could say, “Laundro-bots! Transform and Fold-out!” Sounds good to me.

I’ll add that to my to do list. Along with, you know…saving the world from the evil forces of the Decepticons. ‘Cause that’s how I roll.