The day I married my husband I gained a best friend. Well, actually two of them. This is Angelle. 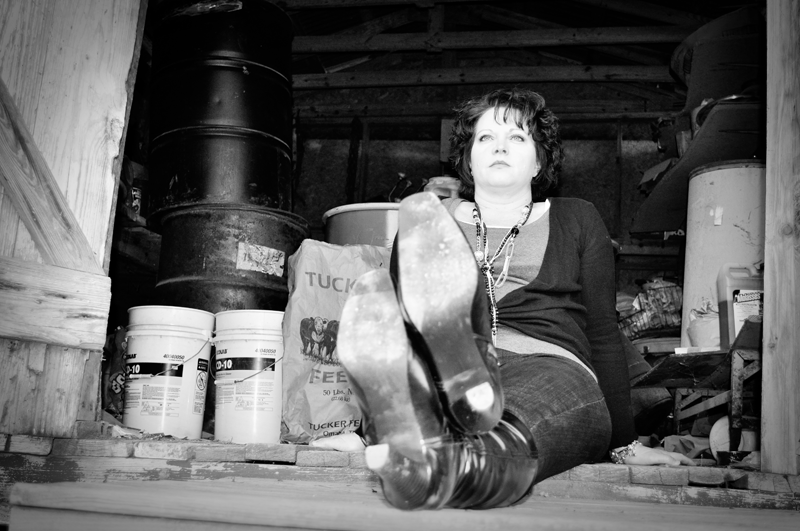 She’s a farm girl at heart, but now works in the big city. She left me. Yep, she moved away from our little corner of Texas to greener….er…pastures. And look at who she took with her: 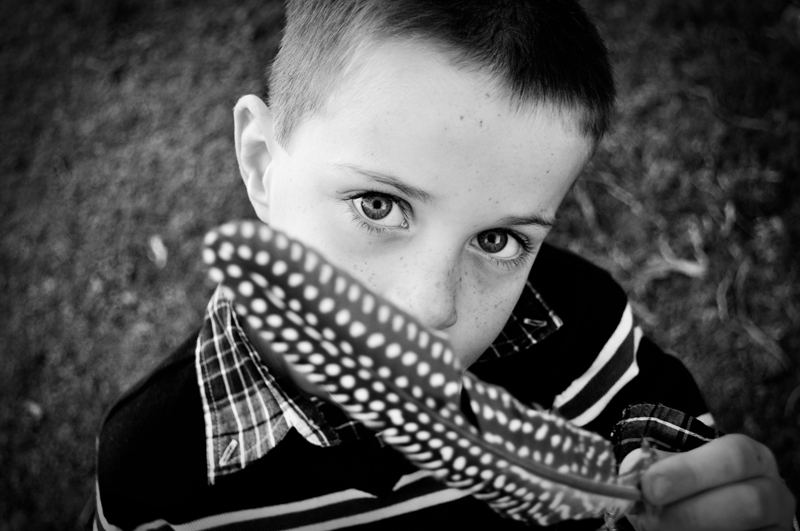 Yes. My youngest daughter’s best friend — but not just him – she also took this fineÂ  young boy: 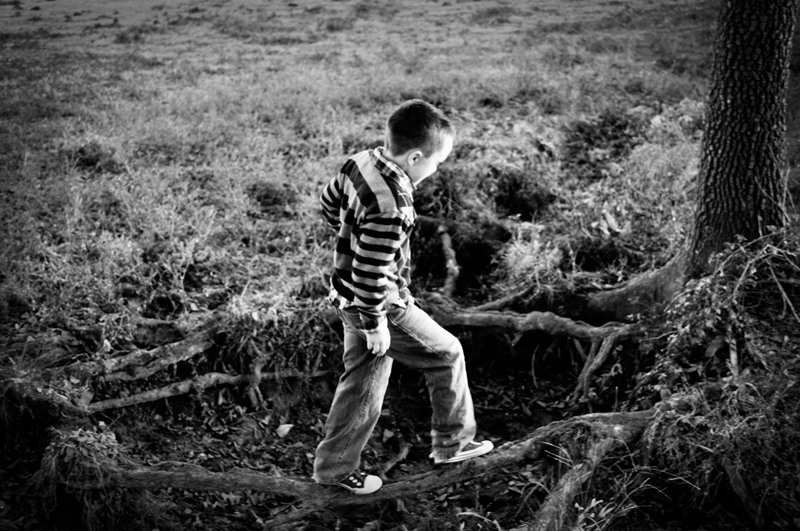 My son’s best friend. It hasn’t been easy around these part since they left. We all miss them terribly. Fortunately, they only moved 3-1/2 hours away. It’s not cross-country. So we are still able to see them. Every weekend. Yes,Â  you read that right. We see them every weekend. Long story, but our family travels to her city every weekend for another reason – it will make for a good blog post later down the road.

So I still get to see these sweet faces on a weekly basis. 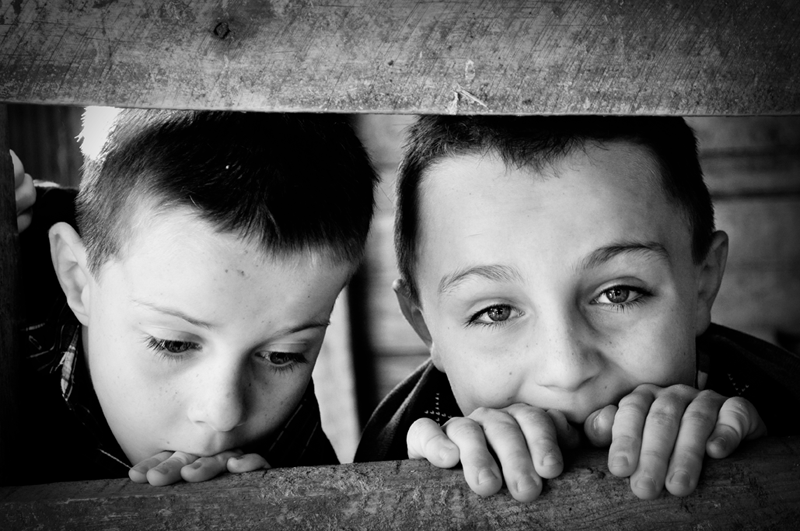 And I get to see my best friend, who is country-city chic at the same time. Of course, it’s only for a day…but I’m thankful for it. And thankful for her. 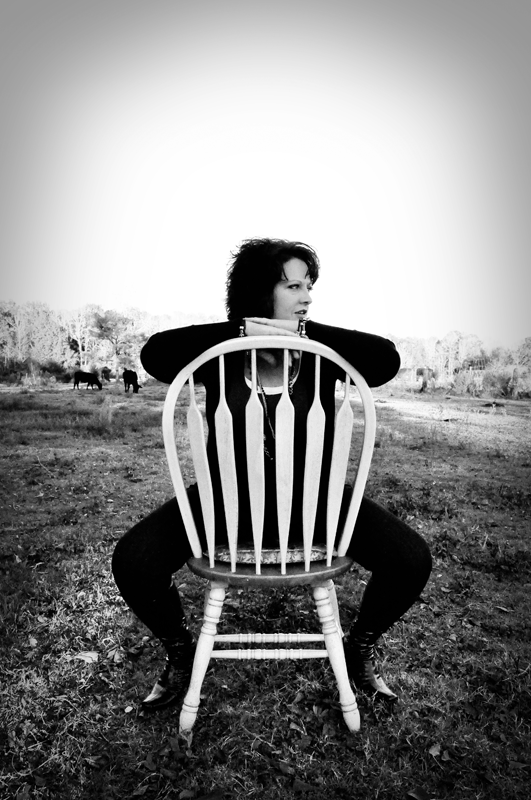 Never underestimate the importance of good friends. They are hard to come by.

**I took these photos of Angelle and her boys last Fall. We are planning on shooting her family in their new city this weekend. I can’t wait!

A friend loveth at all times, and a brother is born for adversity. – Prov 17:17

Years ago, I worked for a personnel agency as a recruiter. I didn’t particularly enjoy my job, because I was required to make over 100 cold calls a day. We were given a script to use as a guideline, but anyone who has been successful in cold-calling knows that scripts are just that – a guideline. They don’t prepare you for the sometimes frustrating and crazy things that happen in real life. Let’s just say that not everyone appreciates the fact that you are calling them, but the quota had to be met. It was a very stressful and fast-paced job – when we weren’t cold-calling, we conducted interviews and scouted for people to fill positions for our clients.

There were four of us in the office and we became fast friends because of the experiences we shared there. We spent time together outside of work listening to the other’s problems and frustrations, watching kids for one another, and supporting one another in any way we could. Over the years, we have all lost touch – one of the ladies moved out of state to get married, one got divorced and moved away, and I really have no idea what happened with the other one. But I still think about each of them from time to time because these were friendships born out of adversity. We all shared something in common and were able to minister to one another’s needs because of our situation.

I love the above verse because it reminds me that a true, hearty, faithful friend, loves in times of adversity as well as in times of prosperity. To no one person can this verse be applied with so much truth and exactness as to our Lord Jesus Christ. John Gill, a Reformed Baptist theologian, said it better than I ever could:

He is a “friend” of men; more especially of his church and people; of sinful men, of publicans and sinners; as appears by his calling them to repentance, by his receiving them, and by his coming into the world to save them.

He “loves” them, and loves them constantly; he loved them before time; so early were they on his heart and in his book of life; so early was he the surety of them, and the covenant of grace made with him; and their persons and grace put into his hands, which he took the care of.

And he is a “brother” to his people; through his incarnation, he is a partaker of the same flesh and blood with them; and through their adoption, they having one and the same Father; nor is he ashamed to own the relation; and he has all the freedom, affection, compassion, and condescension, of a brother in him: and now he is a brother “born”; born of a woman, a virgin, at Bethlehem, in the fullness of time, for and on the behalf of his people; even “for adversity”; to bear and endure adversity himself, which he did, by coming into a state of meanness and poverty; through the reproaches and persecutions of men, the temptations of Satan, the ill usage of his own disciples, the desertion of his father, the strokes of justice, and the sufferings of death; also for the adversity of his people, to sympathize with them, bear them up under it, and deliver them out of it.”

Please visit the other ladies who are participants in the 31 Days of Ministry Online:

*Links to all posts on this subject can be found here.

May I just say that I amazed and slightly overwhelmed from all the terrific responses to Tuesday’s post? I am wary of posting things like that too often, for fear of alienating my readers, but I just feel the need to thank each and every one of you that took the time to read the post and email me or respond in the comments.

And yes, Floy is my husband — the one who hijacked the comments with his “post” within a post. But honestly – I don’t mind, because I really felt that HE should have been the one to write my post after reading his eloquently crafted response. You would never know he’s a preacher, would you? lol

So anyway…today is a busy day. I have a mockup that is long overdue to a very patient client, and thanks to my good friend Kelli (woot! Kelli!!!), I finally have some design direction for this piece. So hard when you have a design idea but have no idea how you’re going to accomplish it. Maybe I shouldn’t admit that as a designer, but many of my ideas never come to fruition, because I just can’t seem to find a cohesive way to make them work.

I am meeting The Good Flea for a delightful bbq lunch here today. When visiting Texas from Oklahoma, you must have good bbq. Not that you don’t have good bbq in Oklahoma – in fact, I’m sure it’s quite fine. However, nothing beats Texas bbq in my opinion…which is just an opinion – feel free to tell me where you’ve had better, and next time I’m in the neighborhood, I’ll try it! That said…I love Flea’s blog. She is upbeat and funny and does crazy stuff that just makes me laugh. (No, her real name is not Flea – you can dig around on her blog to find out how she came to get that name).

And yes, we’re taking photos…ack. I hate to have my photo taken.

***UPDATED ***
{this is why I hate taking photos so much. I don’t think I really look this fat in REAL life – just in STILL life.}

The Fellowship: (taken by the lovely mom of The Good Flea) 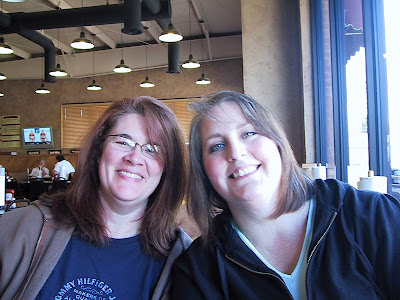 In fact, so much so, that last weekend in Dallas, when I met Antique Mommy (who is one of my FAVORITE writers ever and was on my shortlist of bloggers I have always wanted to meet) — I didn’t have the guts to ask her for a photo. Well, that and the fact that I forgot to pack any hair products and looked like I was wearing a flat pancake. I must tell you that I adore her more now after meeting her than I did before, if that’s even possible.

We discussed how much we love Photoshop – Photoshop is my friend – because I’m really quite overweight and it is wonderful for cropping and getting rid of a few “pounds”…but unfortunately, I can’t carry it around in real life and use it when I meet folks. So you’ll finally get to see the “real” me.

You’ve been warned. It’s not pretty.

Finally, at some point today? I must find the time to finish my post pleading for a scholarship to SheSpeaks. I have felt for quite some time God’s not-so-gentle leading in the area of writing and possibly even speaking. But I will discuss that in my post. I’ll give it all away if I don’t shut up now. 🙂

Here’s hoping you all have a wonderfully Happy Thursday – may the blessings of Christ abound in your day.