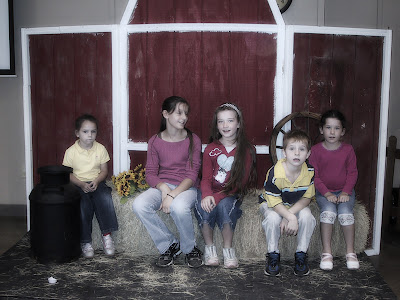 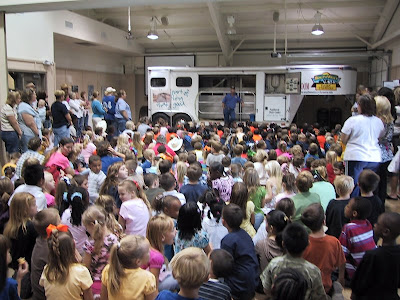 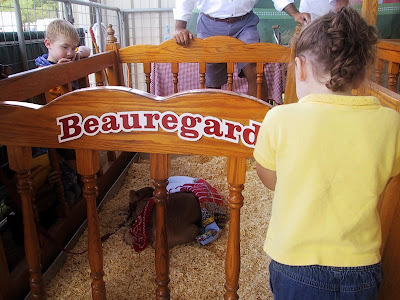 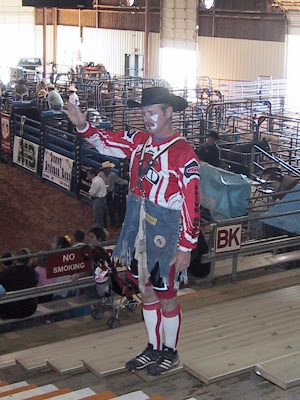 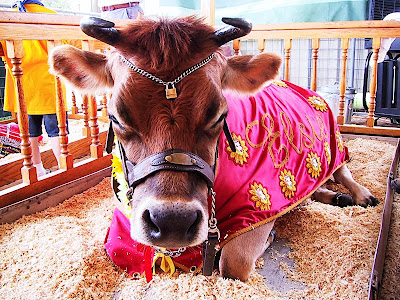 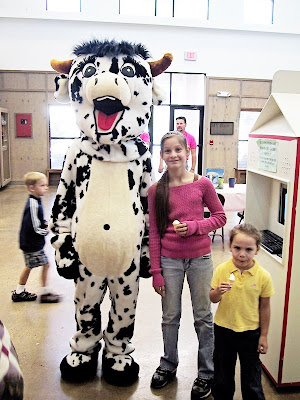 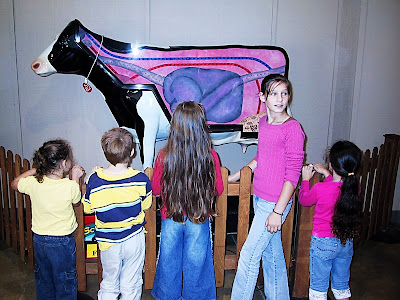 â€œEvery leaf speaks bliss to me, fluttering from the autumn treeâ€ – Emily Bronte

Oh how I love the changing of the seasons from Summer to Autumn, where every leaf becomes a flower, issuing a gentle reminder to slow down from the hectic pace of summer and just enjoy being.

We spent a homeschool day at the Fair last month and I’m just now getting around to post about it. It was a free day and there were lots of activities especially for the kids. The weather was cool and crisp in the early morning, but as the afternoon wore on, we all shed our jackets and sweaters, because the temperatures climbed into the low 80’s.

This year’s theme was “Thank a Farmer”, since almost everything we eat and wear comes from a farm. The kids learned that corn is in practically everything they come into contact with and were especially interested in the fact that even the root beer they love so much has a derivative of corn in it (corn syrup).

The kids loved the cow-milking demonstration – even I learned something, and I grew up on a farm. Did you know it’s illegal for milk farmers to sell unpasteurized milk? I didn’t. We have the federal government to thank for that…standards and regulations and all. I suppose it’s a good thing, because there’s less chance for disease, but it’s so sad to me. I grew up drinking milk right out of the cow. Literally. We’d milk Bossy (yes, that was really her name and she lived up to it) and once we’d carried the pail to the house, the milk and cream would already be separating and mom would scoop a big cup out for me to drink before school. I loved it…sigh.

My favorite was Elsie the cow and Beauregard, as evidenced by the number of photos of the two of them that ended up on my camera. I was saddened to learn that Elsie’s entire life consists of laying around at fairs such as ours. She will never be bred or know the true joy of being a cow in an open field. She lives her life behind those four little metal gates. And Beauregard is not even her calf – as she has never been bred…he’s just some cute calf they threw in for oohs and aahs.

We watched a rodeo demonstration – bull riding, calf roping, barrel racing…it all made me remember my childhood and our farm in South Texas. We did that for fun – there was never a crowd, but we’d hop on the pigs and pretend we were riding bulls. That in and of itself was probably way more dangerous than riding on a bull, since pigs are fiercely mean and would have probably killed us if they’d have known any better. The kids loved the rodeo clown – he came into the audience and shook hands and high-fived the kids. And yes, he walked like a cowboy…as bowlegged as all “git-out”. That’s Texas-speak for “to an extreme degree”, just so ya know.

And now it’s nearing the end of October, the leaves are falling, the air is cool and crisp and we’ve already been on our first hayride of the year. Sigh. I love Fall. It’s my absolute favorite.

What’s your favorite season? Why?