We had some friends over to play games one night and needed some scratch paper to keep score so I told my 3 year old daughter to run and get me a pad.

She came back and handed me an Always panty liner right in front of our guests. 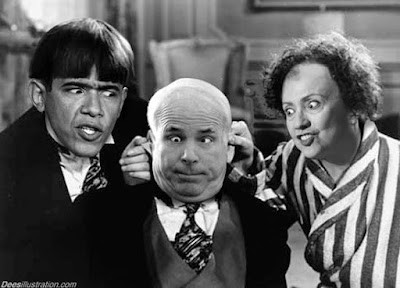 1. AQUADEXTROUS (ak wa deksâ€™ trus)adj. Possessing the ability to turn the bathtub faucet on and off with your toes.

2. CARPERPETUATION (karâ€™ per pet u a shun) n. The act, when vacuuming, of running over a string or a piece of debris at least a dozen times, reaching over and picking it up, examining it, then putting it back down to give the vacuum one more chance.

3. DISCONFECT (dis kon fektâ€™) v. To sterilize the piece of candy you dropped on the floor by blowing on it, assuming this will somehow “remove” all the germs.

4. ELBONICS (el bonâ€™ iks) n. The actions of two people maneuvering for one armrest in a movie theater.

5. FRUST (frust) n. The small line of debris that refused to be swept onto the dust pan and keeps backing a person across the room until he finally decides to give up and sweep it under the rug.

6. LACTOMANGULATION (lakâ€™ to man gyu layâ€™ shun) n. Manhandling the “open here” spout on a milk container so badly that one has to resort to the “illegal” side.

7. PEPPIER (pehp ee ayâ€™) n. The waiter at a fancy restaurant whose sole purpose seems to be walking around asking diners if they want ground pepper.

8. PHONESIA (fo neeâ€™ zhuh) n. The affliction of dialing a phone number and forgetting whom you were calling just as they answer.

9. PUPKUS (pupâ€™ kus) n. The moist residue left on a window after a dog presses its nose to it.

10. TELECRASTINATION (tel e kras tin ayâ€™ shun) n. The act of
always letting the phone ring at least twice before you pick it up, even when youâ€™re only six inches away.

What are some words you use that you think should be included in the English language?

A six-year-old boy told his father he wanted to marry the little girl across the street. The father, being modern and well-schooled in handling children, hid his smile behind his hand.

‘That’s a serious step,’ he said. ‘Have you thought it out completely?’

‘Yes,’ his young son answered. ‘We can spend one week in my room and the next in hers. It’s right across the street, so I can run home if I get scared of the dark.’

‘How about transportation?’ the father asked.

‘I have my wagon, and we both have our tricycles,’ the little boy answered.

The boy had an answer to every question the father raised.

Finally, in exasperation, his dad asked, ‘What about babies? When you’re married, you’re liable to have babies, you know.’

‘We’ve thought about that, too,’ the little boy replied. ‘We’re not going to have babies. Every time she lays an egg, I’m going to step on it!’

Is your screen littered with dust, your children’s fingerprints, maybe even potato chip grease? Clean it today for free! (HT to my friend Jeanette, who sent this to me!)

If you thought that was funny and would like to download it to use as a screensaver, you may do so below. The file is 2.37MB and doesn’t take long to download. When you get to the free file hosting screen, scroll down until you see “click here to download.”