humor, my mama told me so

Once upon a time, there was a little sparrow who hated to fly south for the winter. He dreaded the thought of leaving his home so much that he decided he would delay the journey until the last possible minute. After bidding a fond farewell to all his sparrow friends, he went back to his nest and stayed for an additional four weeks.

Finally the weather turned so bitterly cold that he could delay no longer. As the little sparrow took off and started to fly south, it began to rain. In a short time, ice began to form on his little wings. Almost dead from cold and exhaustion, he fell to the earth in a barnyard. As he was breathing what he thought was his last breath, a horse walked out of the barn and proceeded to cover the little sparrow with fertilizer. At first the sparrow could think of nothing except that this was a terrible way to die. The fertilizer started to sink into his feathers and warm him and life began to return to his little body. He also found that he had enough room to breathe.

Suddenly the little sparrow was so happy he began to sing. At that moment, a large cat came into the barnyard; and hearing the chirping of the little bird, began digging in the pile of fertilizer to find where the sound was coming from. The cat finally uncovered the bird and ate him!

Now this story has three morals…

1) When you are warm and comfortable, even if it is in a pile of poo — Keep Your Mouth Shut!

2) Not everyone who poops on you is your enemy.

3) Not everyone who takes the poo off you is your friend.

My mama always said, it you can’t look on the bright side of life, then polish the dull side (but keep yer mouth shut about it)!

If a packet hits a pocket on a socket on a port,
And the bus is interrupted as a very last resort,
And the address of the memory makes your floppy disk abort,
Then the socket packet pocket has an error to report.

If your cursor finds a menu item followed by a dash,
And the double-clicking icons put your window in the trash,
And your data is corrupted ’cause the index doesn’t hash,
Then your situation’s hopeless, and your system’s gonna crash!

If the label on your cable on the gable at your house,
Says the network is connected to the button on your mouse,
But your packets want to tunnel to another protocol,
That’s repeatedly rejected by the printer down the hall.

And your screen is all distorted by the side effects of gauss,
So your icons in the window are as wavy as a souse,
Then you may as well reboot and go out with a bang,
‘Cause as sure as I’m a poet, the sucker’s gonna hang!

When the copy of your floppy’s getting sloppy on the disk,
And the microcode instructions cause unnecessary RISC,
Then you have to flash your memory and you’ll want to RAM your ROM,
Quickly turn off your computer and be sure to tell your mom!

1. While rowing across the river to work, I got lost in the fog.

2. Someone stole all my daffodils.

3. I had to go audition for American Idol.

4. My ex-husband stole my car so I couldn’t drive to work.

5. My route to work was shut down by a presidential motorcade.

6. I have transient amnesia and couldn’t remember my job.

7. I was indicted for securities fraud this morning.

8. The line was too long at Starbucks.

9. I was trying to get my gun back from the police.

10. I didn’t have money for gas because all of the pawnshops were closed.

13. I felt it was better to sleep at home rather than at the office

If you’re a cat lover, you’ll appreciate this. If you’re not a cat lover…well, what’s wrong with you?

If you’re a cat lover, you’ll appreciate this. If you’re not a cat lover…well, what’s wrong with you? 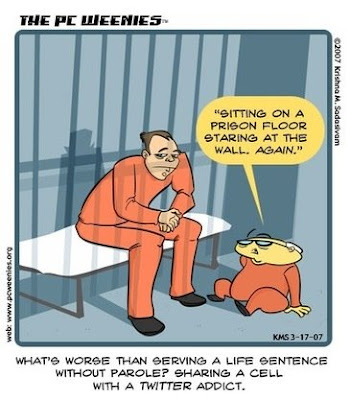