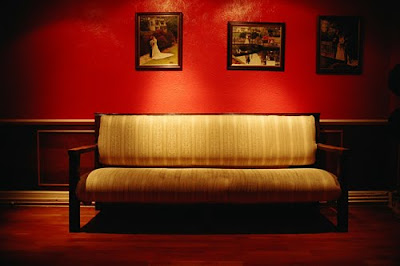 I read a strikingly good post the other day about the return to authentic blogging and one woman’s struggles as she sailed the turbulent waters of writing and blogging because she had to in order to keep her readers and sponsors happy and coming back for more.

I’m not naming her because she wrote it semi-anonymously, but I think that anyone who has been blogging for any length of time and has earned any type of income will empathize with the feelings of burnout.

BÃ»rnÂ·out: a psychological term for the experience of long-term exhaustion and diminished interest.

Through it all, I’ve struggled to maintain integrity and stay true to who I really am, instead of who I want people to think I am. As the numbers climbed and the ad networks paid more and more, my stress inched its way up the scale a bit. Anyone that knows me would laugh at the thought of me worrying about numbers. I couldn’t pass a statistics class if my life depended on it, but I became obsessed with numbers and metrics and optimization and socialization and and and…the list goes on. The need for perfection grew (out of my own silly insecurities) and I often felt that I wasn’t good enough because I wasn’t getting noticed like some of the “other” bloggers were.

For someone who is as competitive as me, that’s quite a tough pill to swallow. I was never a stellar athlete in high school, but I had some game in me. All that changed after one little innocent comment left on my blog by Sophie. I was discussing the pros and cons of watching your metrics and the little counters in the sidebars and she simply said, “Oh, I never watch any of that stuff…in fact, I don’t even have it on my blog – it would drive me nuts.” {insert screeching tire sounds here} What? The Boo doesn’t watch her metrics? How can that BE? So I began to think about it…and the more I thought about it, the more I liked the idea of not looking at those things. So I took them off.

The pressure to post daily was gone almost immediately. I began posting three or four times a week and then tapered off to twice a week, then eventually whenever I felt like it. When the ad network began sending me emails asking me to post, instead of succumbing to the peer pressure, I removed the ad network. Then life took over and I all but quit blogging through some personal issues (which I’ll blog about eventually – when I’m ready to share). And here I am, one full year later, a recovering statistics addict. With no blog income a page rank of ZERO and no readers.

How I’ve missed you, little blog of mine. You may be small, but you’re mine. And I shall take you home with me and hug you and squeeze you and call you George. Because no one loves you as much as I do, which is why I’ve returned home. Home is where the heart is.

Look on the bright side! Subscribe via my RSS feed.
January 16, 2010 by Karen | 15 Comments
blissdom, blogging mojo 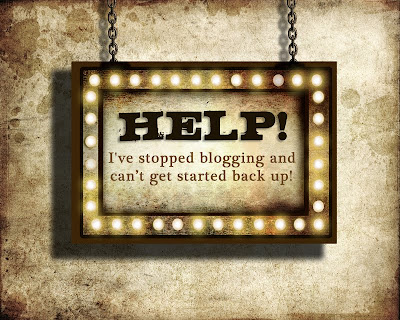 Oh, I kid about the reward…I’m still trying to figure out how I’ll get to the Blissdom conference next month in Nashville. It’s only a 5 hour drive – I have a bloggy friend (a fellow homeschooler and blogger) who has offered me a ride with her (shared the fuel expense – can we get an amen on that!?!), but I have yet to figure out the conference fee ($299) or the hotel room ($125 a night for 2 or 3 nights). Oh, and I haven’t asked my husband yet about going – that’s sort of the clincher.

He doesn’t read my blog anymore (especially since I never post..ahem), but I sort of lost my blogging mojo there for a while because of the financial difficulties we were going through (who wants to hear about those, really?) – I was down in the dumps and really just unable to find anything amusing or uplifting to write about. Plus, I didn’t feel that I had liberty to talk about our personal goings on without making him feel badly or that I thought it was his fault (which it wasn’t).

My blog took the back seat as I really needed to work to earn some extra money to keep us afloat. God has been so good to us and my little business. I have fabulous clients and have not had a shortage of people interested in my services, ties were recently severed with the company I was doing subcontractor work for (and though I can’t design any Christian author blogs or websites until June, it’s a BIG relief), and I recently redesigned my website.

Here’s the problem…once you LOSE your blogging mojo, how do you get it BACK? I have thought so many times about writing a post about the effects of the surgery I had a few months ago (see – you didn’t even know about that, did you!?), my experiences while shopping for a wig, and the feelings I have about losing my hair…but I just haven’t done it.

I think reconnecting a bit with some of my blogging peeps (church member reading this: that means “people”) might be just what Dr. Mojo ordered. Now, I just need to get out and earn my keep so I can pay for this thing.

I created this photo yesterday in Photoshop as part of an exercise in the Smashing Magazine’s Design Something Everyday — it is a good representation of how I’ve felt lately…distracted. I dare not join in on any blog every day exercises. 🙂

Hoping I’ll find that mojo cocktail soon – I’ve really missed connecting with all of you. And I haven’t had a comment on my site in months. That’s something I SO miss.