my mama told me so 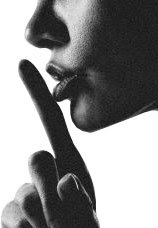 My mama used to tell me that people who cursed lacked the intelligence necessary to use their imagination in order to accurately describe the emotions and feelings they were experiencing. And I had the audacity to believe her for the first 27 years of my life.

Of course, I came to my senses when I had kids. Have you ever changed a poopy diaper at 2 am with your breastage still hanging out from your newborn’s nursing session(who’s looking at that hour?) only to realize that she hadn’t actually finished “the job” yet and you are going to have to repeat the process again in 5 minutes? Then you know what I’m talking about.

And the term “cursing” took on a whole new meaning for me. Oh, I’ve never been one to use the really terrible words, but I like made-up words like “flitter” and “shoot-donkey” and if I’m feeling really vulgar, I’ll let “crap” fly in a variety of ways (“crap-ola” and “crap on a log”, for instance).

I’ve never really thought too much about because for the last 11 years, it’s just become part of my daily lexicon and besides, people have always known me for my crazy, made up words. They’ve even laughed at them. At least, I think that’s what they were laughing at.

However, today I heard “crap” fly out of my three year old’s mouth…and may I say that it just doesn’t have quiiiiiite the ring to it when it’s coming from her (until now) uncorrupted and undefiled little mouth?

In fact, I think it might have made me just a tad bit peaked. (Y’all – Webster’s reads that word as “ËˆpÄ“-kÉ™d”, just so ya know). Yes, I was so ill, I had to use two syllables to describe it.

So I’m re-evaluating here and I need some thoughts. Is “crap” a bad word in your house? {Or do you do the double-standard and say do as we say, not as we do?}

Personally? I just have a hard time giving that word up, but I don’t know if I’m ready for my toddler be following so closely in my footsteps. I mean, “crap”, I had to wait 27 years before I earned the right to say it. “Crap”. There. Maybe if I say it enough, I’ll get it out of my system.

{oh, and I do so apologize if crap is a bad word in your home…that means that the seven eight nine times I said “crap” that I offended your delicate sensibilities and I do apologize.}

Heretofore, I promise to try very diligently to refrain from using terminology on my blog that would cause you to repudiate yourself from reading my trenchant opinions.

Oh, who am I kidding? That’s my mama talking. I’ll just try really hard not to say “crap” anymore, okay?

9 Comments on I’m just tellin’ it like it is…